LOUISVILLE, Ky., Aug. 1, 2017 /PRNewswire/ — In a series of advertisements debuting this week, Kentucky Fried Chicken® has announced that the newest celebrity to portray Colonel Harland Sanders is the brand’s founder himself. 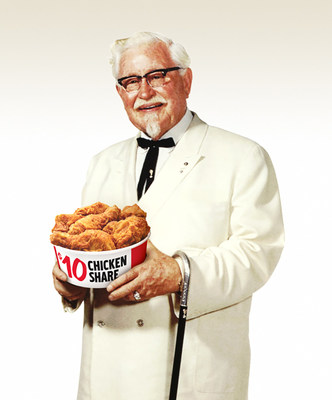 Created in 1940, the Colonel’s secret Original Recipe® blend of 11 herbs and spices is the very foundation upon which Kentucky Fried Chicken was built; as such, the only person that could do justice to this beloved recipe is KFC’s original Colonel and No.1 chicken salesman, Colonel Harland Sanders. To bring the original Colonel Sanders back into its advertising, KFC has turned to the magic of technology, utilizing authentic, nostalgic KFC advertisements from the ’60s and ’70s featuring the Colonel, interspersed with contemporary footage.

«We’ve had some amazing celebrity Colonels over the past two years, and each of them has put their own twist on our original Colonel Harland Sanders,» said George Felix, KFC U.S. director of advertising. «But no one can play the Colonel like the Colonel can play the Colonel. Unfortunately, our original Colonel stopped making ads in the 1970s, so we utilized technology to bring him into the 21st century to sell modern-day offers like our $5 Fill Up and $10 Chicken Share himself.»

To celebrate Original Recipe and the 60th anniversary of the KFC bucket, the brand is also introducing a contemporary take on the iconic bucket. Giving a nod to the brand’s heritage, the new bucket is emblazoned with pop culture relevant, fried-chicken colloquialisms that reclaim pride in fried chicken and give a nod to the Colonel’s famous over-the-top salesman personality.

Today, expertly trained cooks in every KFC kitchen carefully hand bread each piece of chicken with KFC’s still-secret recipe of 11 herbs and spices, and then pressure cook it at a low temperature – a method the Colonel created and once patented to preserve the great taste KFC is known for around the world.

One of the biggest trade secrets in the world and a cornerstone of KFC, only one copy of the recipe is in existence, and it is housed and closely guarded at KFC headquarters in Louisville, Kentucky, in a top-secret, 770-pound vault encased in two feet of concrete with a 24-hour video and motion-detection surveillance system. Not even the company that produces the blend knows the exact formulation – portions of spices are developed at different locations in the United States, and then shipped to a single location where the spices are blended together before being sent to the restaurants. 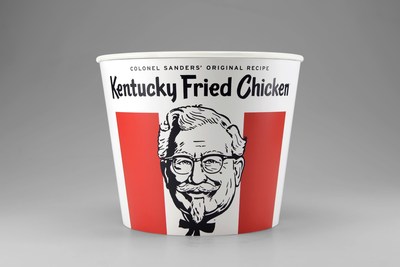