CLERMONT, Ky., Sept. 11, 2017 /PRNewswire/ — Fierce competitors set aside their differences in the name of barbecue and a good cause as some of Kentucky’s finest distilleries and cooperages gathered at the Jim Beam® American Stillhouse in Clermont, Ky,. on Saturday for the inaugural «Great Distillery BBQ Cook-off.» Hosted by the world’s No. 1 selling bourbon, Jim Beam®, the event crowned a top bourbon-industry pitmaster and demonstrated that the world’s best barbecue comes from the world’s best bourbon distilleries. 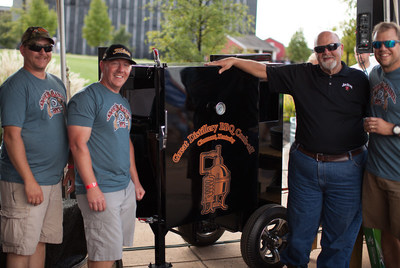 «Here in Kentucky, our bourbon is the world’s finest,» said Fred Noe, seventh generation Jim Beam Master Distiller. «But our barbecue is also a force to be reckoned with. That’s why we decided to make history with an industry throwdown. It was big and bold – just like the whiskies my family has been making for more than 220 years.»

«These teams stepped away from their day jobs and poured their hearts and souls into this barbecue competition,» added Noe. «It  may have been an amateur competition, but these teams were on fire. And the camaraderie we distillers have forged over the years remained.»

The competition not only celebrated America’s native spirit, but also supported Operation BBQ Relief, a nonprofit consisting of volunteers from competition barbecue teams who provide hot meals to displaced families and emergency personnel in areas impacted by natural disasters. The organization is currently deployed in Texas and soon Florida providing relief to those affected by Hurricanes Harvey and Irma.

Celebrate America’s Native Spirit with Jim Beam
The spirit of National Bourbon Heritage Month continues at the Jim Beam American Stillhouse and Jim Beam Urban Stillhouse in downtown Louisville throughout the month of September. Bourbon fans from around the world can visit either visitor center to learn more about the bold, rich flavors of Beam’s award-winning whiskey portfolio, plus enjoy a variety of specialty programs and events including the celebrated Jim Beam Day at the Jim Beam American Stillhouse on Friday, September 15. The day includes bourbon-inspired fare from the on-site café, Fred’s Smokehouse, complimentary bourbon schwag, music and more.

Photos and video from «The Great Distillery BBQ Cook-off» are available upon request.

About Operation BBQ Relief
The mission of Operation BBQ Relief is to provide compassion, offer hope and friendship to those whose lives have been affected by disasters across the United States through our expertise in cooking and catering barbecue meals and our ability to quickly mobilize our teams into any area where nature disrupts and tears apart the lives of Americans. Visit operation bbqrelief.org for more information.

Beam Suntory was created in 2014 by combining the world leader in bourbon and the pioneer in Japanese whisky to form a new company with a deep heritage, passion for quality, innovative spirit and commitment to Growing for Good.  Headquartered in Chicago, Illinois, Beam Suntory is a subsidiary of Suntory Holdings Limited of Japan.  For more information on Beam Suntory, its brands, and its commitment to social responsibility, please visit www.beamsuntory.com and www.drinksmart.com. 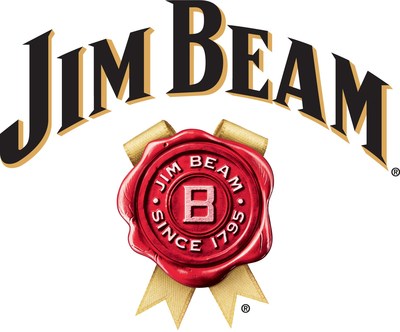