CINCINNATI, June 11, 2019 /PRNewswire/ — Modula, an international group with an Italian headquarters that manufactures automated storage systems, announced today that it closed on the purchase of the Dayton Daily News building located in the City of Franklin in Warren County. In an announcement with local, regional, and state partners, Modula explained that it decided to invest in Southwest Ohio for its second U.S. presence to expand its manufacturing capacity and increase its access to customers across the country. 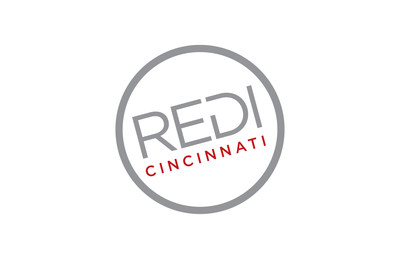 «Modula is facing an impressing growth worldwide with a pace of almost 25% year-over-year in the last five years, and particularly in the North American market we faced a further acceleration in the last two years,» said Antonio Pagano, Chief Executive Officer of Modula Inc. «After an accurate analysis, we chose Ohio and particularly the Cincinnati area because of the excellent position, the great industrial presence and the high professionality of JobsOhio and REDI Cincinnati, who helped us in the whole process. We are sure that Modula will have a good impact in the local community of Franklin, and we are excited to start our new adventure there.»

«Our target is to progressively establish a production capacity of 2000 Vertical Lift Modules per year in this building,» said Franco Stefani, Modula Chairman. «The highly automated production process is in line with the high technological level of our VLM products, and the WMS software that goes with them. We are willing to invest in the rich, dynamic, and skilled human capital of this region, able to work in an Industry 4.0 advanced environment.»

After experiencing high growth in sold units, the company initially decided to expand in the U.S. by separately establishing a new manufacturing operation and logistics hub. After considering other locations, Modula found that the 5000 Commerce Center Drive building in Franklin met all of its needs for both manufacturing and logistics, which led to the company locating both operations in the building.

«We are excited to welcome Modula to the City of Franklin. We look forward to a long-lasting partnership where together we can make Franklin a better place to live, work and play,» said Sonny Lewis, Franklin City Manager. Mayor Todd Hall added, «On behalf of the City of Franklin, I would like to take this opportunity to welcome Modula into our City. We are thrilled to have you.»

Modula attributed its decision to locate at the 5000 Commerce Center Drive building because of its advantageous location closer to the company’s customers and the strong infrastructure in the region to support its delivery of products. The company also credited the efforts of the previous owner, Certa LLC, in maintaining the building and keeping it move-in ready.

«Modula’s investment in Franklin is a unique opportunity that combines foreign direct investment and one of our target industries—advanced manufacturing—into an iconic building,» said Kimm Lauterbach, REDI Cincinnati President and CEO. «It takes the work of all of our partners to accomplish this and I’m thankful for their commitment to the region.»

In addition, the opportunity to move into an existing building with large capacity was attractive. The site offers Modula capacity for future expansion.

«This building could very well be the most iconic, identifiable, and most well-known industrial building in the region, to folks both in the Commercial Real Estate world and the general public,» said Chuck Ackerman, Brokerage Senior Vice President of Colliers International. «It checks all of those boxes of a top-notch-superior industrial building, and critically, it provides extra land for future company growth.»

Modula received a Job Creation Tax Credit from the State of Ohio totaling 1.52% with a duration of seven years. The project also received local support from the Warren County Port Authority.

In partnership with the European American Chamber of Commerce, the project represents ongoing efforts by REDI Cincinnati to attract foreign investment to the Greater Cincinnati region. Modula’s investment in Southwest Ohio will be its second location in the U.S.

«Modula’s investment is just more evidence of European and international confidence in the economic future of our region,» said Yannick Schilly, Board President of the European American Chamber of Commerce of Greater Cincinnati. «We’re proud to have been part of the team (with REDI Cincinnati and JobsOhio) to support Modula in reaching this decision.»

The building was previously owned and occupied by Cox Media Group Ohio, including Dayton Daily News, and served as the printing operation for all of its local newspapers.

«We greatly appreciate the investment made by Modula in the City of Franklin and Warren County,» said Matt Schnipke, Warren County Economic Development Director. «Modula’s decision to locate here as opposed to the other competing locations shows a strong collaboration between the state, regional, and local communities in Southwest Ohio. This iconic location will provide a great home and room for future growth as Modula joins the Warren County business community.»