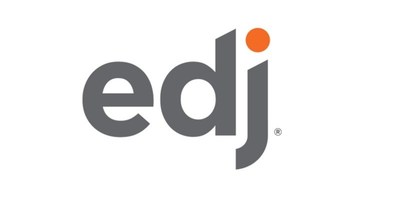 Tony was previously the Director of Football Operations and Analytics as well as the NFL Liaison for the University of Michigan football program, where he was responsible for designing, developing and administering the team’s football analytics initiative and player engagement program. Tony also played a key role in recruiting and oversaw special programs and events including the Michael Jordan Brand Launch, IMG/Rome Trips, NFL/College Football Exchange, Pro Day, Senior Bowl and NFL Combine.

Prior to his position with Michigan, he was President of the Coaches and Leadership Division at Perpetual Sports Management agency and worked in the front office of the San Francisco 49ers. As part of the San Francisco 49ers, Tony’s areas of responsibility included player contract negotiation and comparative studies, salary cap tracking and optimization, advanced scouting operations and player acquisition analysis.

In his new role, Tony will be responsible for overseeing and managing the newly formed EdjSports division, initially focusing on Edj’s NFL and NCAA Football products.

According to Sean O’Leary, EdjAnalytics CEO, «Tony’s NFL and NCAA experiences, especially as they relate to the integration of decision analytics to improve teams’ win probabilities, makes him a natural fit as we grow our business. We were fortunate to get to know Tony while he worked at Michigan and were very impressed with his deep knowledge of the space and progressive use of analytics to support the coaching staff. We’re thrilled he’s launching our EdjSports division.»

«I’m excited to be joining the Edj team and to have the opportunity to help build the preeminent analytics firm in sports today. Working with Edj as a client while at Michigan gave me a great appreciation for how unique and disruptive the Edj products are compared to conventional methods that we had become reliant on and technology we assumed was state of the art,» said Tony DeFeo.

«Insights from analytics are most valuable when they increase contextual awareness and allow more accurate decisions with more confidence. In sports, critical decisions are made in real time by extremely competent coaches and personnel professionals. Our mission at EdjSports is to assist these top-level decision makers and enhance their ability to gain the competitive edge that ultimately impacts the bottom line: winning.»

A native of Kansas City, MO, Tony earned his Bachelor of Administration in Political Science & Minor in Communications from University of Kansas, his Masters in Sports Management from University of San Francisco and a Juris Doctor degree in Law from DePaul University College of Law. He will reside in Louisville, KY with his wife and three children.

About EdjAnalytics
EdjAnalytics empowers smarter decision-making with proven game-based analytical models and custom software solutions in the sports, healthcare and markets verticals. Our game-based approach analyzes pools of data, helping organizations make decisions based on the highest probability of achieving their goals. Each day, professionals across industries leverage their experience and intuition to make critical decisions toward a desired outcome. At EdjAnalytics, we increase confidence in those decisions. www.edjanalytics.com

To view the original version on PR Newswire, visit:http://www.prnewswire.com/news-releases/edjanalytics-appoints-tony-defeo-as-president-of-edjsports-300473299.html