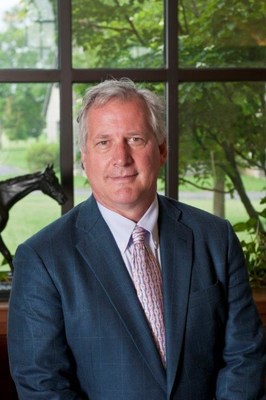 «I can think of no greater privilege than to have had the opportunity to preside over what I consider the greatest championships in Thoroughbred racing. Every race comprising the Breeders’ Cup World Championships provides the chance to witness the splendid horses that reflect the hard work of breeders, trainers, jockeys, owners and backstretch workers. It has been an honor to serve them all during my time at the Breeders’ Cup. I want to thank the women and men of the Breeders’ Cup for their dedication and passion for our event. My particular gratitude goes to the Breeders’ Cup Board led in recent years by Bill Farish and Fred Hertrich whose support has been invaluable. I now look forward to new and important challenges and opportunities and the chance to join my family back in California.»

«On behalf of our Board and Members, we extend our heartfelt thanks and appreciation to Craig for his outstanding leadership and enormous accomplishments as our President and CEO these past eight years,» said Breeders’ Cup Chairman, Fred Hertrich III. «His management and stewardship of the organization, not to mention his quick wit and calm demeanor, will be greatly missed by all of us. We wish Craig continued success in his new venture with one of our most valuable host site partners, The Stronach Group.»

«I am delighted to have Craig join our company at this pivotal moment in our sport,» said Belinda Stronach, Chairman and President, The Stronach Group. «Craig’s stellar reputation and proven track record of leadership will enable us to further our goal to become North America’s preeminent horse racing organization as we work lock step with industry partners to prioritize horse and rider safety.»

As Chief Executive Officer, Racing Operations, Fravel will assume management and oversight of all racing operations across Stronach Group owned tracks and training facilities. He will focus on implementing and enforcing global best practices and integrity standards for horse and rider safety in collaboration with key industry stakeholders while driving a new standard of excellence in Thoroughbred horse racing with a commitment to creating an unparalled experience for both horsemen and guests.

Among his many achievements during his time as President and CEO of the Breeders’ Cup, Fravel developed and executed a long-term host site strategy and successfully brought the World Championships to two first time tracks in Keeneland (2015) and Del Mar (2017). Fravel expanded international participation in the World Championships to its highest levels ever and struck an unprecedented 10-year partnership with NBC Sports to televise the World Championships through 2025. Working with industry stakeholders, Fravel also spearheaded plans to increase horse safety and welfare measures.

The Board of Directors is evaluating the appropriate next steps to fill Fravel’s position.

About The Stronach Group
THE STRONACH GROUP
The Stronach Group (TSG) is a world-class technology, entertainment and real estate development company with Thoroughbred racing and pari-mutuel wagering at the core. TSG encompasses five distinct business areas that are inter-related and supportive of each other, enabling TSG to be the most dominant player in the Thoroughbred horse racing industry in the United States, with business relations around the globe. TSG business areas include Technology, Entertainment, Racing, Real Estate Development and Agriculture. TSG is dedicated to delivering the best in class Thoroughbred racing content and operations. The company holds some of the greatest brands in the industry, including Southern California’s Santa Anita Park, «The Great Race Place»; South Florida’s Gulfstream Park, home to the US $16 million Pegasus World Cup Championship Invitational Series and retail destination, The Village at Gulfstream Park; Pimlico Race Course, home of the legendary Preakness Stakes, Laurel Park and Rosecroft Raceway in Maryland; and the San Francisco Bay Area’s, Golden Gate Fields. TSG is a leader in digital and mobile wagering technology through its subsidiaries AmTote and Xpressbet and is a major distributor of horse racing content to a global audience through Monarch Content Management and XBTV.