LOUISVILLE, Ky., Dec. 2, 2019 /PRNewswire/ — Chinese-American composer Lei Liang has won the 2020 University of Louisville Grawemeyer Award for Music Composition for an orchestral work evoking the threat posed by climate change and the opportunity it offers for redemption. 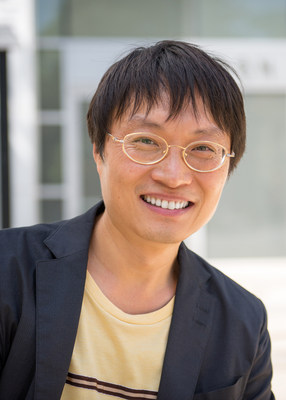 «The world we live in today is dangerous,» Liang said. «Our very existence is threatened by global warming, which is causing violent disruptions to the living things on our planet and being made worse by human irresponsibility.»

The half-hour piece takes listeners on a journey through a virtual landscape that first sings and dances but later jolts and collapses into fragments. Near the end, the sound of rain emerges and resurrects nature.

«When creating the work, I wanted to convey the importance of preserving our landscapes, both physically and spiritually, to sustain a place where we and our children can belong,» he said.

Liang, 47, is a music professor at University of California, San Diego, and research-artist-in-residence at Qualcomm Institute, the UC San Diego division of the California Institute for Telecommunications and Information Technology.  He has composed more than 100 works, including pieces addressing other contemporary social issues such as human trafficking and gun violence.

«Xiaoxiang,» his concerto for saxophone and orchestra, was named a finalist for the Pulitzer Prize in Music in 2015.

«Liang’s piece, which explores a huge range of emotions and ends with both hope and ambiguity, has a forceful, convincing arc and wonderful orchestral colors,» said Marc Satterwhite, music award director. «Like some of our other winners, he challenges people inside and outside the field of music to ponder important things, even when it’s uncomfortable to do so.»

Schott Music, a company founded in 1770 in Germany now with offices worldwide, publishes all of Liang’s compositions. BMOP/sound record label released a recording of his Grawemeyer-winning piece in 2018.

Recipients of next year’s Grawemeyer Awards are being named this week pending formal approval by university trustees. The annual, $100,000 prizes reward outstanding ideas in music, world order, psychology, education and religion. Winners will visit Louisville in April to accept their awards and give free talks on their winning ideas.