ANDERSON COUNTY, Ky., April 24, 2017 /PRNewswire/ — As American whiskey continues its hot streak and consumers clamor for spirits authentically rooted in history, legend and lore, Campari America has taken a step back in time to resurrect long-forgotten, pre-Prohibition brands with the launch of The Whiskey Barons Collection. The first two Bourbons to rise from the annals of whiskey history are Old Ripy™ and Bond & Lillard™ – two gems that played a significant role in establishing this pocket of the Kentucky as a hub of Bourbon distilling during the 1800’s. A collector’s item for both the Bourbon enthusiast and the whiskey curious, the launch of The Whiskey Barons Collection is firmly rooted in connecting consumers with the brands that created a craze, sparked an industry and led the U.S. government to proclaim Bourbon as America’s Native Spirit – well before teetotalers pushed for a nationwide ban on all alcohol sales. 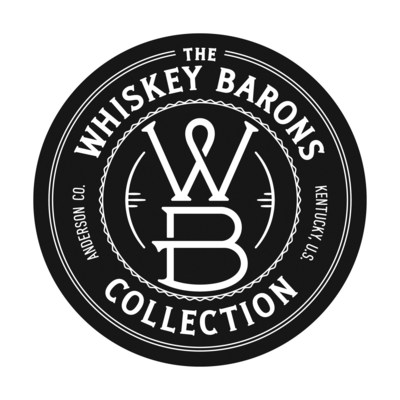 A NOD TO THE BOURBON BARONS OF YORE
Prior to Prohibition, Kentucky’s Bourbon industry was thriving. More than 180 distilleries dotted the Blue Grass State’s countryside at the time, each with their own unique family recipes.  Though most of the original recipes and distilling techniques pioneered by those industrious families have been lost to the ravages of time, the Whiskey Barons project has worked to painstakingly piece together these forgotten treasures. In doing so, it has created a living archive of Kentucky’s great whiskey history and offers aficionados an incredible opportunity to time travel back to Bourbon’s first golden age. Trying to recreate these whiskies was an ambitious undertaking that involved consulting original tasting notes from historical files; finding old product descriptions and taste profiles from packaging and news articles; and interviewing surviving family members who still recall the taste of the original liquid.

«Resurrecting Old Ripy and Bond & Lillard has not been an easy task. The distillers didn’t have the luxury of magically discovering old barrels of the original whiskies, and so it has taken two years of detective work and trial and error to piece together as accurately as possible how these lost original recipes would have looked, smelled and tasted like,» said Robin Coupar, Campari America Global Whiskies Brand Ambassador.

The team that brought back to life the Old Ripy and Bond & Lillard recipes is comprised of T.B. Ripy IV and Tom Ripy, great-grandson and great-great-grandson of T.B. Ripy and W.F. Bond; Norm Matella, Ph. D. and Campari America North American Technical Center Manager; and Robin Coupar, Campari America Global Whiskies Brand Ambassador. The whiskies were distilled at the Wild Turkey Distillery in Lawrenceburg, KY, which sits approximately where the Ripy distillery once stood.

«As a huge history buff, this innovation project gave Norm (Matella) and me an opportunity to experiment in a way that we hadn’t in the past – kind of like the Bourbon version of Sherlock Holmes solving the great pre-Prohibition whiskey mystery. Diving into the historical tasting notes, interviewing the surviving members of the Ripy family, touring the original Ripy home in Lawrenceburg and playing around with a variety of aged stocks and different processes – it was a dream scenario for two guys who truly love Kentucky Straight Bourbon and all it represents,» said Coupar.

While their insights and expertise are valued above all else, Wild Turkey Master Distillers Jimmy and Eddie Russell were not involved with the creation of Old Ripy and Bond & Lillard, as they were fully committed with projects for Wild Turkey and Russell’s Reserve – the hallmarks of Campari America’s America Whiskey portfolio. However, moving forward, Eddie Russell will be pouring his passion and expertise into the development of future Whiskey Barons products while continuing his role as Master Distiller and key product innovator for Wild Turkey and Russell’s Reserve.

This 104-proof (52% alc./vol.) whiskey is a combination of eight-year-old Kentucky Straight Bourbon with 12-year-old and younger whiskies for added complexity and oak.  It is non-chill filtered to retain congeners, fusil oils, lipid fats and proteins that are believed to have existed in the original. This results in more natural and complex flavor characteristics, fuller body, and a smooth but «chewier» mouthfeel.

ABOUT BOND & LILLARD
The Bond family had been distilling in Kentucky since 1820, however Bond & Lillard wasn’t born until 1869 when William F. Bond and his brother-in-law, Christopher C. Lillard, formed a partnership. This Kentucky Straight Bourbon Whiskey is 100 proof (50% alc./vol.) and charcoal filtered, a process that simulates the aeration process that happens in the barrel, converting more aggressive congeners to esters that end in more elegant top notes. The result is a lighter colored and flavored Bourbon with more floral notes. As the judges at the 1904 St. Louis World’s Fair declared, this recipe represents «real delicacy of flavor, beauty in the sparkle and superiority in strength – it bears no equal.»

Both Old Ripy and Bond & Lillard retail for $49.99 (MSRP) for a 375ml bottles – a nod to the non-standardized bottle sizing during the pre-Prohibition era. They are only available for purchase in select markets, including California, Florida, Illinois, Kentucky, Massachusetts, Missouri, New York City, Tennessee, Texas, Virginia, and Wisconsin. The products are also sold at the Wild Turkey Distillery Visitor Center in Lawrenceburg, KY.

A portion of the proceeds from the sales of Whiskey Barons products will be donated towards the restoration of the Ripy family mansion, which is on the National Register of Historic Places. The goal is to restore this once majestic grand dame, located on Main St. in Lawrenceburg, to its original luster and beauty – much like how Campari America is bringing these beautiful whiskey brands back to life. 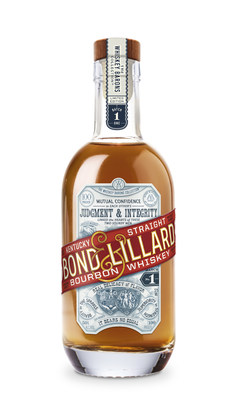 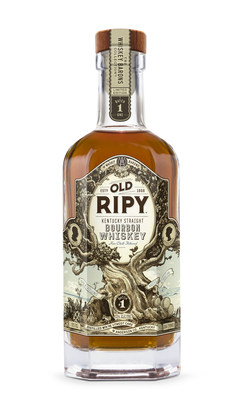 To view the original version on PR Newswire, visit:http://www.prnewswire.com/news-releases/campari-america-breathes-new-life-into-long-forgotten-pre-prohibition-bourbons-with-launch-of-the-whiskey-barons-collection-300443378.html