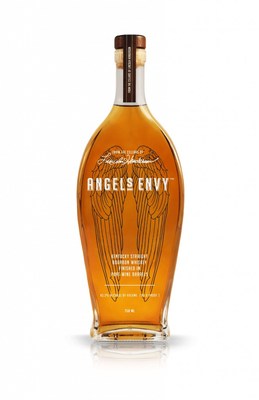 «Starting Angel’s Envy with my father and continuing the tradition with my sons has been an incredible journey, and we couldn’t be more proud to bring a piece of what we’re doing to some exciting places this year,» said ANGEL’S ENVY Co-founder and Chief Innovation Officer Wes Henderson. «We’re passionate about honoring the great traditions of American whiskey and Kentucky Straight Bourbon, while always looking ahead to the innovations that will move the industry forward next. We know our international fans will help continue to inspire us as we move into this next chapter of Angel’s Envy.»

The initial launch will include a limited number of cases as ANGEL’S ENVY begins its international rollout.

«We’ve seen an appetite for high-end American whiskey internationally, particularly in influential cocktail markets like London, Sydney, Montreal and Singapore,» said Jay Needham, ANGEL’S ENVY Marketing Director. «The emphasis Angel’s Envy places on finishing – similar to what some in these areas are more accustomed to seeing from Scotch – gives our bourbon a complex taste profile that uniquely positions us to become the choice American whiskey in these markets for mixing into high-end cocktails or enjoying neat.»

About ANGEL’S ENVY
ANGEL’S ENVY is a Louisville-based craft distiller that produces small batch, finished whiskeys. Co-founded in 2011 by the late Master Distiller Lincoln Henderson and his son Wes Henderson, it began as a passion project that combined their family’s deep-rooted passion for and knowledge of the industry with an innovative outlook on bourbon making and finishing. Today, Wes Henderson and his sons Kyle, Andrew, Connor and Spencer Henderson continue the family legacy, working together to produce ANGEL’S ENVY’s core offerings – Kentucky Straight Bourbon Finished in Port Wine Barrels and Rye Whiskey Finished in Caribbean Rum Casks – as well as a variety of innovative, special releases.

ANGEL’S ENVY opened the doors to its distillery in 2016 – it was the first full-production whiskey distillery in downtown Louisville and is located at 500 East Main Street. The company distributes to all 50 U.S. states and the UK as of February 2020. ANGEL’S ENVY is produced by Louisville Distilling Company, a subsidiary of Bacardi Limited.